Posted at 00:14h in English by associazione Arbit

The boat is fire engine red, has a triangular form, and is flat bottomed. If it isn’t the last of Bolsena’s traditional wooden boats it is at least amongst the remaining few that are still able to be admired on the shores of the lake.

It was built with mahogany in 1990, a time in which fiberglass construction was already common.
We found it seeking some protection from the sun under the cover of some burlap bags.

A few years have passed since the boat was used for professional lake fishing and it now rests on display next to the “Circolo Nautico l’Ancora a Montefiascone Lago” (Anchor Boating Club of Montefiascone). 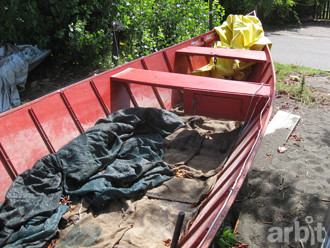 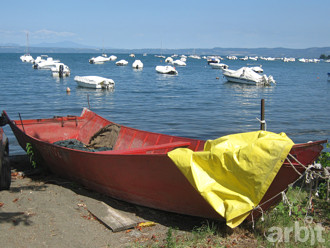 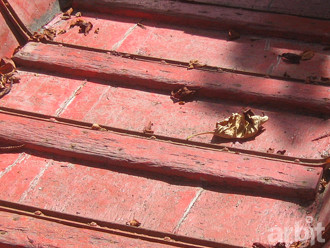 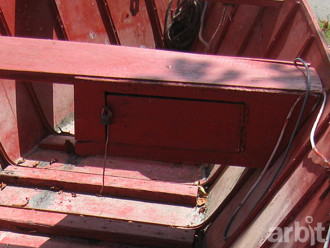 The sponne (sides) run the length of the boat until they meet at the punta (bow), where the bbrija ( steel ring) is attached and is used to pull the boat onto land by attaching a winch to it. 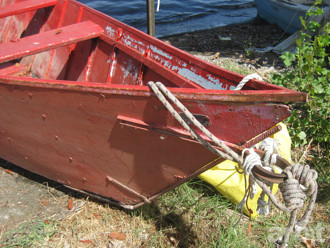 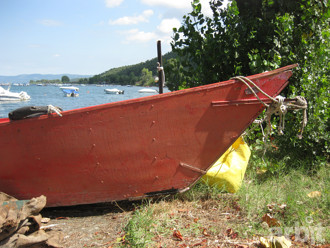 L’usciòlo (the transom) is lower than the sponne (the sides) because it is from the culata (stern) that the Bolsena fishermen handle their nets.  The stern is capped  off with the talena (a steel bar/bracket), which functions both to reinforce the grip on the side walls and since this boat is designed without a rear bench it also protect the stern from damage.  This is also where the outboard motor would be attached to the boat.  The parts of the talena (steel bar/bracket) that extend and exit through the sponne (sides) are called orecchjòzze and are used to push the boat into water or pull it onto shore. 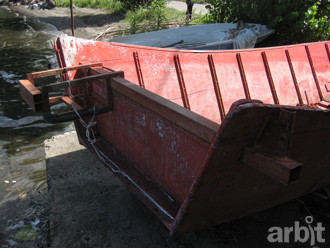 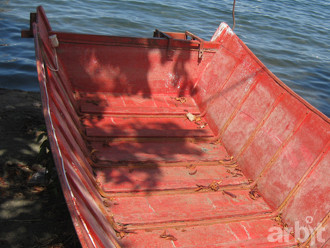 Observing the boat while it is out of water one will notice that the bottom boards have been bent to achieve the desired slope of leva (curvature), which at Bolsena is particularly accentuated.  Also significant is the sbragatura (outward angle in respect to the boat’s bottom) of the sides, which is formed with the tension created by the fourteen matèe (U-shaped steel supports) and also the rtrasto de mezzo and the rtrasto de punta (mid and front benches). 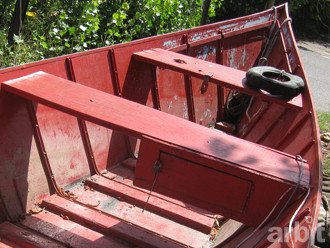 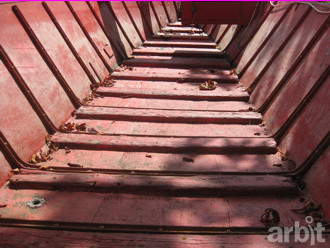 The bottom of the boat has a tap which keeps the water drained while the boat is dry docked. 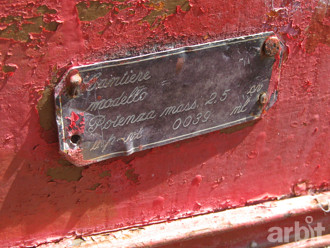 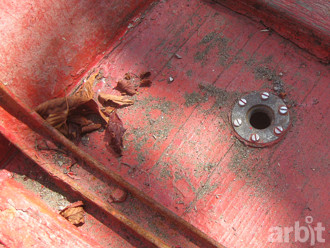 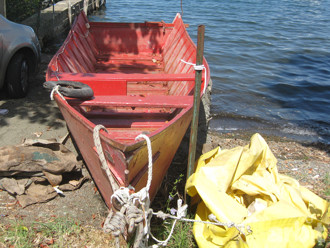 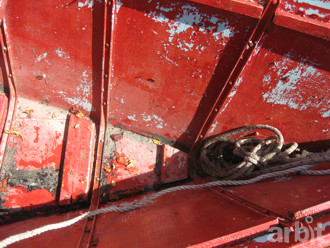 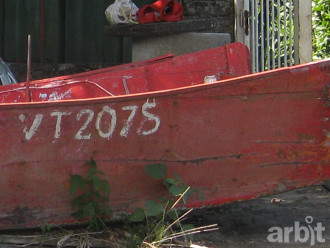 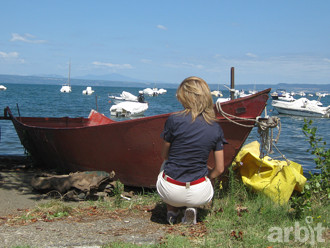 [This index profile was created with the collaboration of Sonia Zeroli and also the cooperation of the Circolo nautico l’Ancora a Montefiascone Lago, Tel. 339 8108707]
Translation by Robert Iannazzi.